The Black Crook forest in New Brunswick covers more than 2000 km2 and is comprised of planted and natural stands managed by JD Irving. Airborne lLiDAR and Ultracam images were acquired over the entire area in 2012. The goal of this research was to use this data to identify the species of every detectable tree. Species were classified at three different levels: coniferous vs. deciduous (C/D), genus (8 classes), and species (11 classes) based on the lidar data. An additional objective was to detect balsam fir regeneration within spruce plantations. Using more than 1500 calibration crowns, we have trained a balanced random forest for each classification level, and applied it to all crowns (approx. 145 000 000 crowns). The accuracy was evaluated for each level, based on the training crowns. The random forest accuracies (1.0 – OOB error) for the C/D, genus, and species level were respectively 93%, 58%, and 49%. The importance of metrics for classification was evaluated for future work where feature reduction could be used.

The confusion matrix reveals that in many cases, when a tree is not well classified, it is attributed to a species that is similar in terms of sylvicultural treatment and use. In the case of fir/spruce discrimination, the accuracy in the training set was 77%, which is higher than originally anticipated. The species predictions at each level are written to separate fields of the attribute table of the crown shapefiles. The stand map of Black Brook forest can then be used to decide which field to use for any given tree. For example, within a spruce plantation stand polygon, the fir/spruce prediction model is employed. The method was developed with flexibility in mind; the addition of calibration data, modification of metrics and models are easily doable within the framework as the project grows. The use of open-source software also makes it customisable as well as accessible to everyone.

This research project demonstrated the feasibility of extensive forest inventory at the individual tree level over a large area and its real-life application, and shows the potential for lidar-derived data to be part of multi-source forest inventories. In this case, the addition of spectral information could bring better distinction between structurally similar species. The project also highlighted the need for validation procedures, in particular the spatial pattern of validation plots. The same observation could be applied to calibration data, where the unbalance between the northern and southern parts of the forest for hardwood and softwood reference trees likely biased the data. Finally, the results point out the need for standardisation of intensity from the data provider to develop models applicable over different areas without the need of additional calibration data. 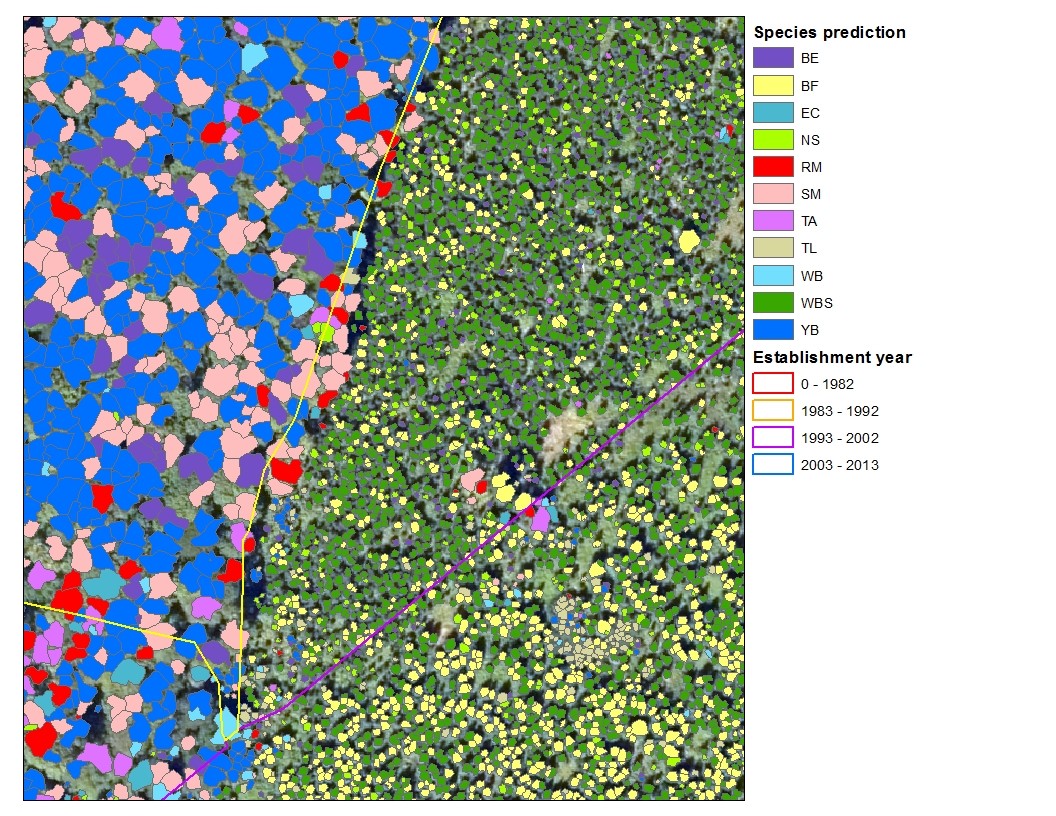 Figure 1. Identification at the species level over an area presenting a high prediction accuracy. 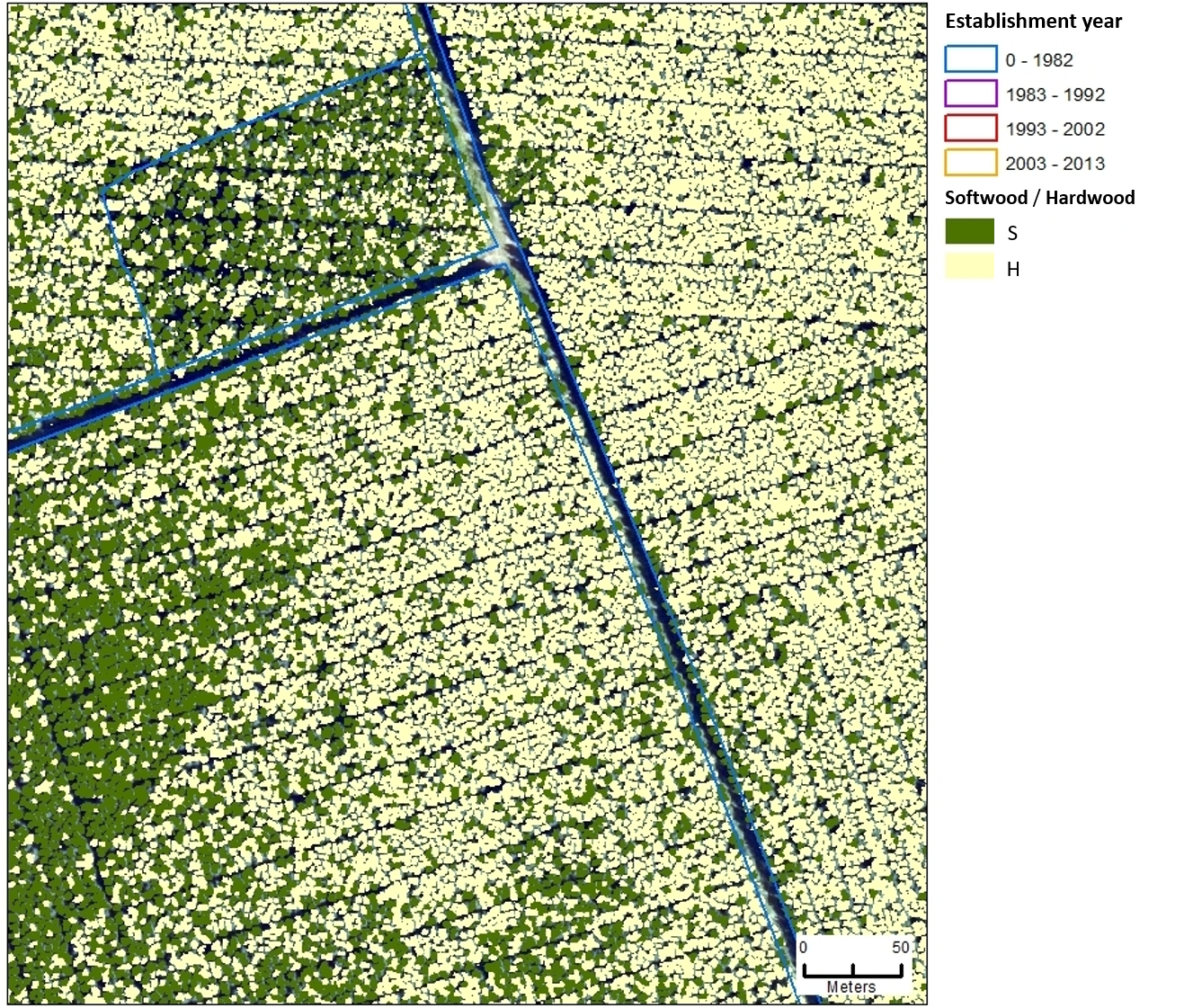