Abdelmounaime Safia is a PDF working with Richard Fournier at Université de Sherbrooke. In his project (Question 19, theme 2), Abdelmounaime is investigating the limitations of terrestrial LiDAR system (TLS) in forest environment. This includes occlusion, which is proportional to forest complexity and sampling density variation, which is inversely proportional to the distance from the scanner. The aim is to develop new methods to overcome these limitations in order to extract reliable forest attributes. Specifically, Abdelmounaime is focusing on using voxel representation of point cloud and ray-tracing algorithms to correct occlusion and sampling density variation in order to deliver reliable forest attributes. Solutions are progressively implemented in L‑Vox (a plugin in Computree a free software dedicated to forest point cloud). In his project, Abdelmounaime proposed a new strategy for estimating the 3D vertical distribution of forest material based on a modified version of the relative density index (RDI) that combines both filtered and unfiltered TLS data:  instead of using only TLS hits that correspond to exact locations of forest materials, he takes advantage  of sky points and mixed points, which are usually considered as noise. The idea behind  using the three types of point cloud is to deliver an exact 3D distribution of forest material based on the TLS shooting architecture. Preliminary results shown in the figure bellow quantifies the gain when adopting the proposed RDI compared to the existing one. Abdelmounaime with co-authors are working on a manuscript based on these results. The next step is to investigate the use of full waveform ALS data to estimate forest understory. TLS data will be analysed using L‑Vox algorithm to serve as truth data for mapping understory based on ALS FWF data. 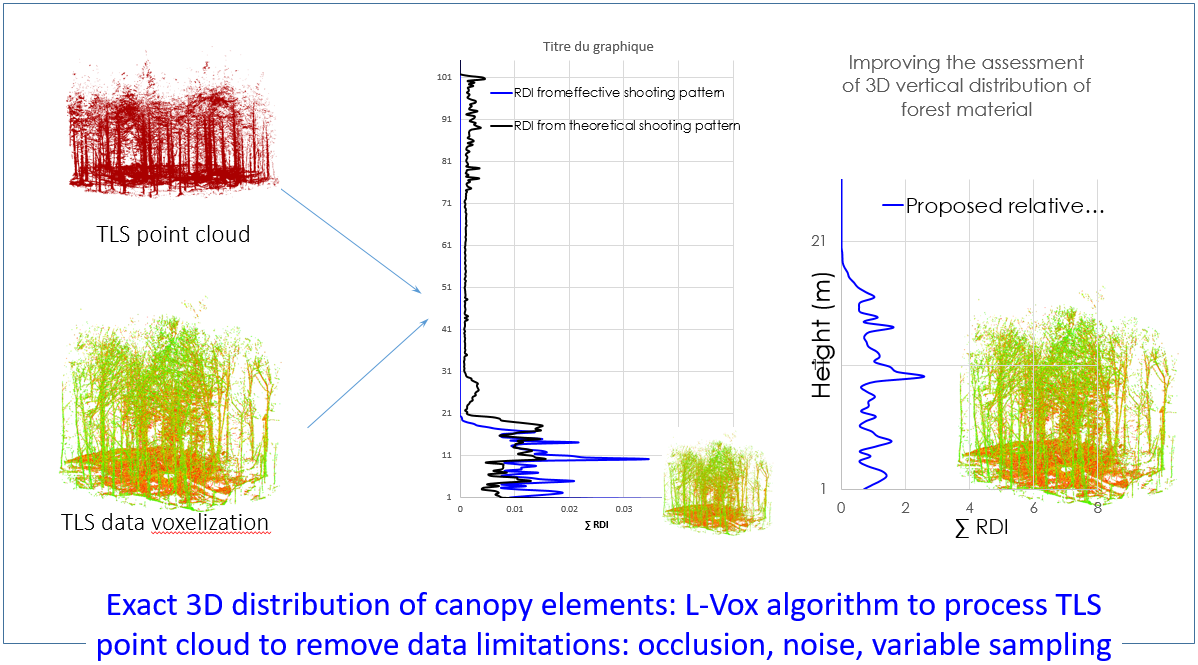 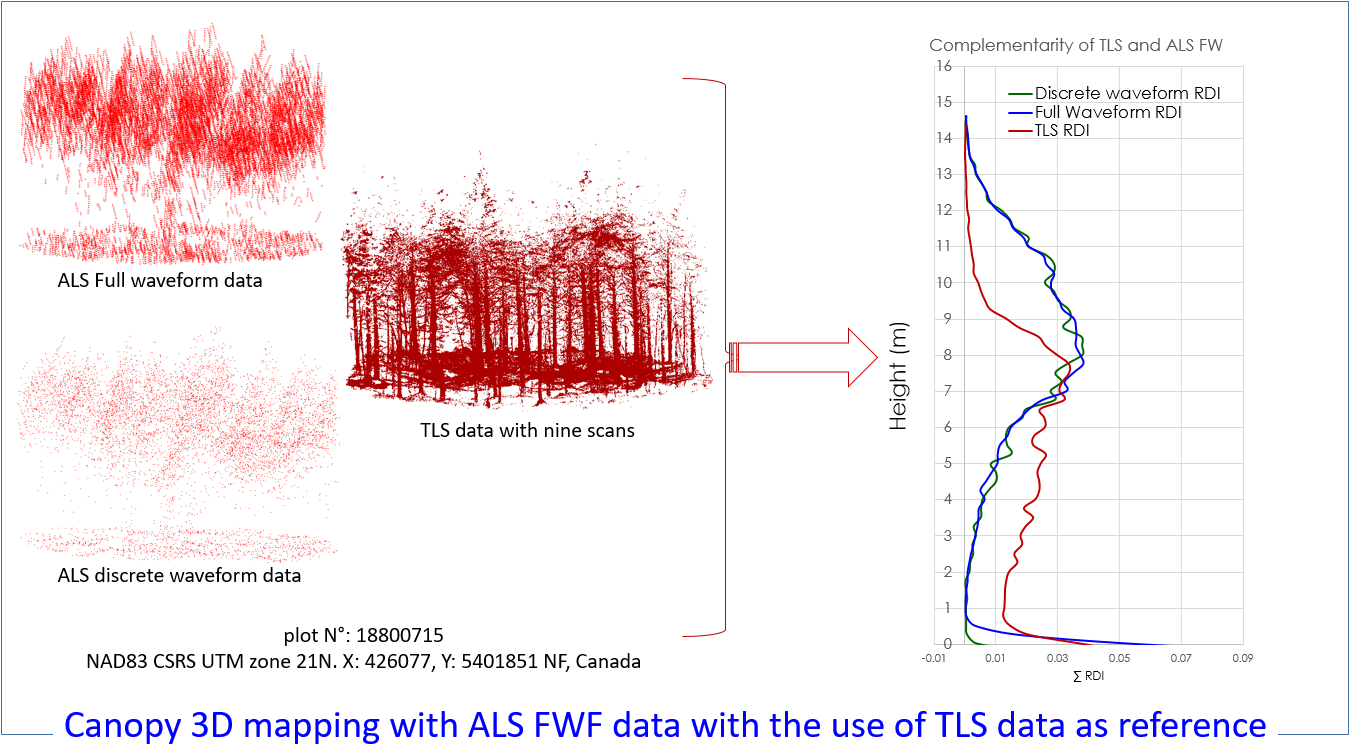