In this analysis, aerial imagery acquired over the Gordon Cosens forest south of Kapuskasing Ontario, Canada, was used to produce DAP point clouds and multi-band visible and near infrared vegetation indices for the purposes of improving spatial, spectral, and structural knowledge of SBW defoliation. To do so, a structurally and spectrally guided sampling strategy was tested to determine the effectiveness of using DAP structural- and imagery spectral-metrics for delineating representative sample locations. Field measurements, focused on the collection standard forest inventory data, as well as ocular and branch level defoliation were used to determine whether SBW disturbances induced a structural signature on DAP point clouds, as well as assess the relative predictive power of structural vs. spectral metrics to model cumulative defoliation at a landscape level. Structural metrics were also used to determine their effectiveness at modelling standard forest inventory metrics such as volume and basal area using the area-based-approach (ABA).

Results from the analyses conducted provide insight that both structural and spectral metrics produced from DAP datasets can be used to improve landscape-level estimations of forest inventory attributes, and enhance information related to local forest health. Structural metrics were effective at predicting standard forest inventory attributes such as volume and basal area (Figure 1, 3), while spectral metrics provided accurate cross-validated estimates of cumulative defoliation in host stands (Figure 2, 3). Partial least squares modeling outcomes reinforced that spectral metrics were the most effective for predicting cumulative defoliation, and that metrics providing information related to both the spatial variation in spectral responses, and variation in spectral signals, were found to be most influential. The provision of both of these metric types from a single, conventionally flown, aerial imagery survey shows promise for enhancing forest health and inventory data in a cost-effective manner. 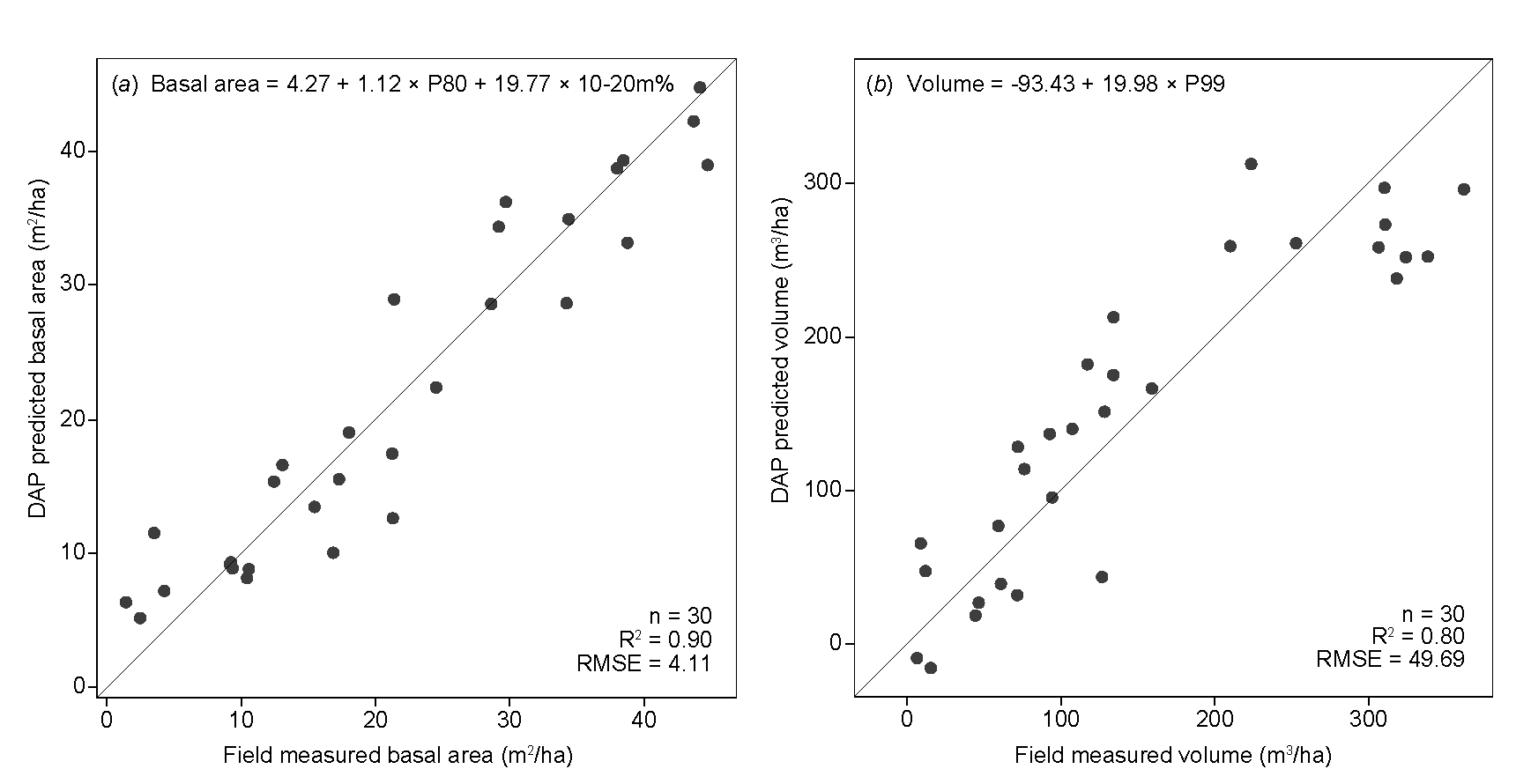 Figure 1: Scatterplots for the predictive linear regression models for basal area (a) and volume (b). Solid diagonal represents the 1:1 line.

Figure 2: Preliminary results from partial least squared modelling detailing the ability for spectral only (a), structural only (b) and the combination of spectral and structural metrics (c) for modelling cumulative defoliation at the plot level.