Doug Bolton’s postdoctoral research at UBC was split into two primary projects, both of which were aimed at developing tools and approaches to monitor vegetation structure over large areas. Doug’s research focused on combined detailed structural information from airborne laser scanning (ALS) data with temporal information from optical satellite data in order to better characterize both spatial and temporal variability in structure across Canada’s forested ecosystems. Each project is detailed below.

Monitoring changes in vegetation at high-latitude and alpine treeline ecotones is critical for characterizing changes to carbon and energy budgets, plant species richness, and habitat suitability and is a bellwether of a changing climate. During his postdoc, Doug used transects of airborne laser scanning (ALS) data to locate and characterize alpine treelines in the Yukon Territory of Canada, and assessed changes in vegetation greenness over the past 30 years at these treelines using a time-series of Landsat imagery. Across 74 detected treelines, Doug found that 28% of pixels displayed significant vegetation greening and only 6% of pixels displayed a significant negative trend in greenness. By using ALS data to determine vegetation structural class, Doug found that non-treed pixels showed the most greening (41% of pixels), followed by shrubs (31%), with lower percentages in sparse forests (19%) and open/dense forests (13%). These results suggest herbaceous and shrub vegetation types are undergoing the most significant changes in greenness, likely due to increases in shrub cover and herbaceous biomass. Through this work, Doug has demonstrated that combining ALS data and Landsat time-series data can provide a powerful method to not only locate treeline ecotones, but also to directly assess which structural classes are experiencing the greatest greening trends, providing insights to ecosystem change. 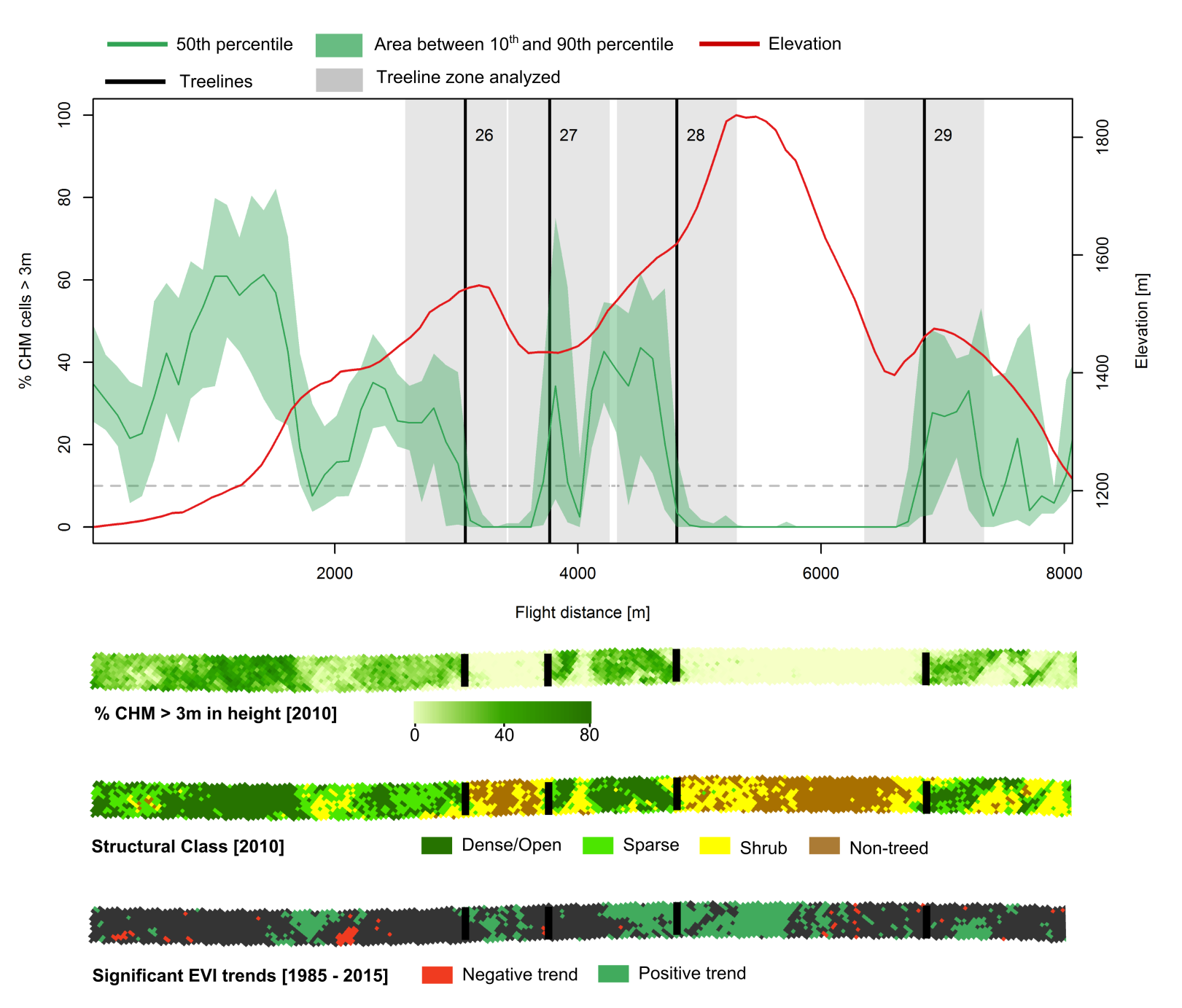 Figure 1: Example treelines identified using transects of ALS data. Once identified, trends in the Enhanced Vegetation Index (EVI) from Landsat were assessed within 500 m of each treeline for each structural class (dense/open, sparse, shrub, and non-treed).

Given the increasing coverage of ALS data that exists across many jurisdictions in Canada, an opportunity exists to explore how these high-quality datasets can be leveraged to provide wall-to-wall estimates of key forest attributes in areas where ALS data have not yet been collected and where existing inventory data is out of date. Specifically, existing ALS datasets can be used to train models to predict three-dimensional forest attributes directly from optical satellite data, such as Landsat data. During his postdoc, Doug led a project to investigate what spectral and temporal information from Landsat is most important for extrapolating ALS structural attributes.  For this project, Doug utilized ALS data from eight sites across the country, from British Columbia to Newfoundland. He found that the accuracy of predicting forest attributes with Landsat data continually increased as the length of the time-series increased across all eight sites.  Additionally, Landsat spectral indices that relied on the mid-infrared portion of the spectrum were consistently the most important predictors of forest structure. Doug’s findings suggest that in areas containing spatially-limited ALS data acquisitions, Landsat time series can be effectively used to produce wall-to-wall estimates of key inventory attributes, providing an opportunity to update estimates of forest attributes in areas where inventory information is either out of date or non-existent.

Bolton, D.K. and Coops, N.C., May 2017. What is the relative impact of ecological drivers on stand structure across Canadian forests and what metrics best capture this structural variation? AWARE Annual General Meeting, Fredericton, New Brunswick, Canada.